I don't know if I've ever been happier to finish a book series. Don't get me wrong: Frank Dikötter's People's Trilogy is an amazing accomplishment, well-written, very well-sourced, and immediately establishes itself as the definitive English-language account of the three revolutions that define modern Chinese history.

But my sweet lord is it a DEPRESSING run.

Of course, I expected this going in. Nobody, I think, picks up histories of the Chinese Civil War, the Great Famine, and the Cultural Revolution expecting to be cheered up by them.

What I did pick them up for, was to be better-informed on topics I knew reasonably well for a non-professional western dude, but not well enough. Having finished all three, I don't know if it's the 1200+ pages or the 60-odd million (jesus fucking christ) deaths contained in those pages that wore me out, but worn this reader is.

If you're not interested in almost county-level recounting of what is honestly just nigh-endless cruelty and violence, and just want these events situated in larger narrative about modern China, maybe stick with Spence's The Search for Modern China. It's a textbook, but it doesn't read like one, and while it covers a wider time period it does the Communist revolutions just fine and isn't a month-long soak in a bloodbath like People's Trilogy is.

That's not a knock on this series; there's no way around writing a history of these events without it being grim.

I particular like Dikötter's approach to statistics in this volume; coherent, national-level stats simply aren't available for, say, # of people jailed, purged from the the party, etc... but what IS available are complete sets for certain provinces at the time. These are used to give a sense of the numbers and scale involved, and, further, the author is careful to note the ideological tilt of the head of the province at the time, which could color the stats collected, etc.

This gives the reader a good sense of how more or less intense the various waves of the Cultural Revolution were in different parts of China. Beijing's experience was vastly different from Shanghai's, which were both then vastly different from what was suffered in Yunnan or Gansu, two provinces that also had a racial element in their own experiences.

Oddly, the sense of exhaustion the reader has by the end of the book fittingly mirrors the exhaustion of China itself by the end of the Cultural Revolution. With Mao dead and most of the perpetrators of the CR dead, and Deng finally firmly in charge, the Party could take stock of the wreck that was the country by this point and finally plot a way forward.

If I have complaints about the book it's that the higher-level view isn't explained or revisited enough. The action tends to stick close to the ground and also jumps around in time a bit back and forth, leading to the occasional loss of orientation for the reader. Probably inevitable, as much of the events covered basically weren't national events, but often a series of very, very vaguely-related campaigns that played out vastly differently on the ground in different parts of the country.

But that's a nitpick, to be honest. The trilogy as a whole covers three "events" that each were more convoluted and impactful that the entire histories of some other countries. And Dikötter does a career-defining job getting a Western reader through them all with enough detail and context to make them sensible.

Rating: Recommended, but only for people not prone to depression. 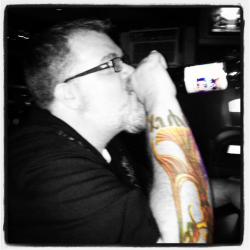 dumbass from chicago who hates how our world is organized. yells about that here. sometimes i yell about books instead.
Previous Post